Our interview with Netsky, the Belgian drum & bass DJ, about his projects and Thailand performance this past Songkran.

Netsky a.k.a. Boris Daenen is a Belgian DJ/producer who focuses on sounds such as drum & bass, future bass, and funky house. His current hottest tracks, “Here With You”, “Rio”, and “Memory Lane”, have gained over 10 million views on YouTube.

That’s why, at the moment, he’s the artist who you should absolutely get to know. 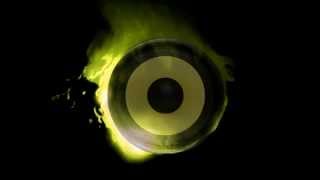 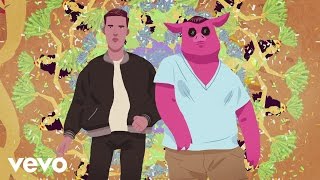 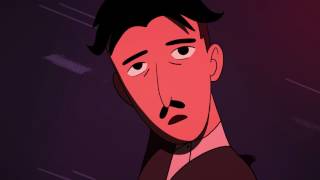 His outstanding talent has landed him on DJMag’s Top 100 DJs list several years in a row. In 2016, he was placed at #85 and collaborated with many well-known artists such as Macklemore and Emeli Sandé.

In the same year, Netsky was also named Music Ambassador for the Olympic Games in Rio de Janeiro.

He’s been invited to join world-class festivals such as Tomorrowland, Let It Roll, Ultra Music Festival, Reading Festival, Glastonbury Festival. Among such events is Thailand’s very own S2O Songkran Music Festival 2019, where the artist gave an incredibly blood-pumping performance.

The Siam2nite team just couldn’t miss the chance to talk to Netsky about his work, projects, and his most recent show in Thailand!

Hi! I’m home for a couple of days in sunny Antwerp, Belgium.

What is distinct about the Netsky sound, and which tracks would you choose as an introduction?

I like experimenting with lots of different genres but one thing I always try to add to my music is happy summery melodies and high energy. Check out ‘Rio’.

In 2010 you won two Awards at Drum & Bass Arena Awards - for "Best Upcoming Producer”, and “Best Album” for your self-titled debut album. Your second and third albums then both took the #1 spot on Belgium’s official record charts. Where and how do you find inspiration for your music, and how do you approach music production?

I don’t listen to a lot of drum & bass at home. I don’t really listen to a lot of electronic music in general when I’m not working or travelling. I’ve always had a love for soul and R&B. For my next album I’m taking more elements from that world into my music.

What’s on your agenda for 2019? Are there any upcoming projects that you are able to share with us?

I have so much new music in the pipeline! I produced most of my album in LA last year and feel like it’s the music I’ve always wanted to make.

You have performed all around the world, which countries have impressed you the most, which were the best, worst and/or most memorable gigs you have played?

I’ve always enjoyed touring in Asia. One other place that has always been on the top of my list is New Zealand. I tour NZ every year and always take some time off there.

You have made your Thailand debut back in 2013 at the legendary Bed Supperclub. This Songkran - 6 years later - you made your highly anticipated return to perform at S2O Songkran Music Festival. Were you excited to return to Thailand? How did you enjoy your stay in Thailand and your performance at S2O?

Every time I’m blown away by this beautiful country. I came back a couple of times for a holiday and I’ve always left the country completely refreshed. There’s no other place in the world with people smiling as much.

How did your experience of S2O Music Festival differ from other festivals you have performed at?

I did hear about S2O before I played but I was still shocked when I got there. Such an amazing concept. The water canons make for an incredible atmosphere. I went into the crowd after my set and one thing I noticed is how little cellphones were in the air because of the water. I saw so many happy people having the time of their lives, not caring about clothes, make-up or social media for a minute - I missed that feeling :-)

Thank you for having me.

Follow Netsky and his work on his social media below!