Waterzonic Experience: A Perfect Combination of Music and Water

We were left begging for more. That is the only way we can describe the feeling after the Smirnoff Midnight 100 Presents: Waterzonic Utopia ended at 1am on November 28th, 2015. But unlike Cinderella who had to rush home when her clock struck midnight, we did not want to leave. We wanted to stay and savour the moment just a little longer, even if it meant the make-up on our faces were running or that the clothes on our backs were soaking and turned into a saggy old dirty piece of cloth. If we had it our way, we would have stayed until our clothes dried. But alas, we had to leave. 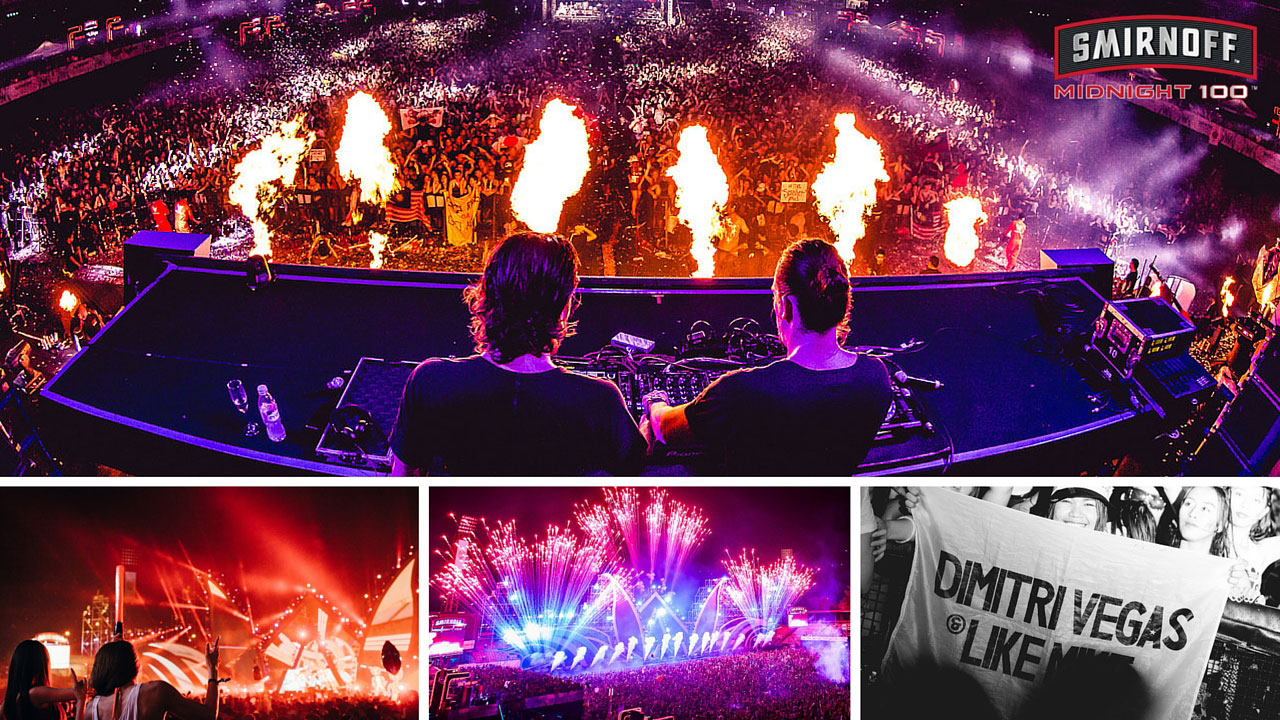 There was something about Waterzonic this year that really spoke to us. We felt like we were part of a novel - a novel that allowed us to romanticize the idea of coming to a music festival, making friends with random strangers under a Y-letter balloon, and then living happily ever after. Whether that sentiment was generated by the meticulous detail Smirnoff Midnight 100, as the sponsor of the event, was ready to present or simply because we were really immersed in the sights and sounds brought to us by the world class DJs on show, one thing was for sure: the words that we kept seeing float around in Thai “pai hai sood” which can be roughly translated into “go the distance” was a pretty accurate feeling by the end of the night. The day started off strong and only got better as the Bangkok skies darkened. From the get go, as soon as we entered the surrounding area of SCG Stadium, there was already so much energy surrounding the festival grounds. Energy of this level is common during soccer matches in the stadium - you would expect there to be some form of friendly air of competition where we were standing. The difference on that day at Waterzonic however, was that the energy we could feel was united under this water Utopia created for one night only. The organizers, Zaap really capitalized on their partnership with Smirnoff Midnight 100 this year as there were multiple activities hosted by the sponsors. Whether you wanted to paint your face with the iconic W logo or get yourself some thoughtful free goodies (thank you, thank you, thank you for the free “I ❤ EDM” towel it really came in handy!), we were so easily hyped up by the time we got to the main event backdrop to snap a picture and we were not even inside the festival yet! Once we entered, that was when it hit. Track after track, the international guest DJs were clearly not here to be observers, they meant business! CAZZETTE who had an early set, Goldfish & Blink, and WIWEK were bursting out of the gates and were playing in such a way that clearly drew in the crowd. We do not remember the last time we saw a festival in Thailand this packed this early. Clearly, traffic cannot hold back the PLUR people of Waterzonic. 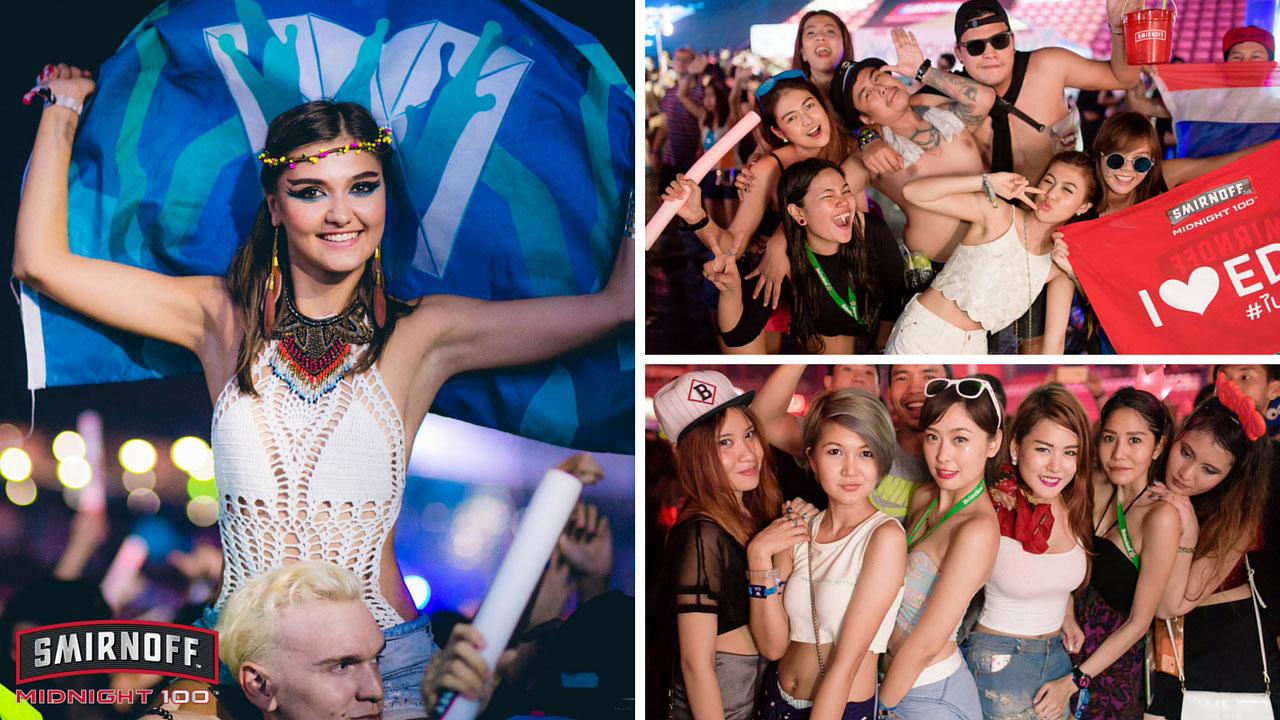 As the night progressed, R3HAB came on to showcase his magic. Most Thais are familiar with his face as he comes through the Land of Smiles very often, but each time he makes an appearance, it is always a pleasant surprise. His set drew a lot of noise, and not only because he kept proclaiming his “love for Thailand”, but it was also because of how he managed to move the crowd. With water being consistently released into the crowd, we started to feel like we were on set for the Singin’ In The Rain musical with Gene Kelly, only with more lasers, pyro-effects, and electronic music. The Dutch DJs DANNIC and W&W also made sure their presence was felt as they went through their powerful sets. One moment we were being reminded not to panic as we were listening to DANNIC and his amazing mash up of Zenith and Firestone and the next thing you know we were saying “Hello” with Adele as W&W played their remix of the hit song. The way the lights sparkled and interacted with the water during the entirety of the time is an atmosphere we could not easily forget. At this point we did not think it could get any better, but as soon as W&W told us to get ready for “the world’s #1 DJ” everyone knew they were about to reach the peak. 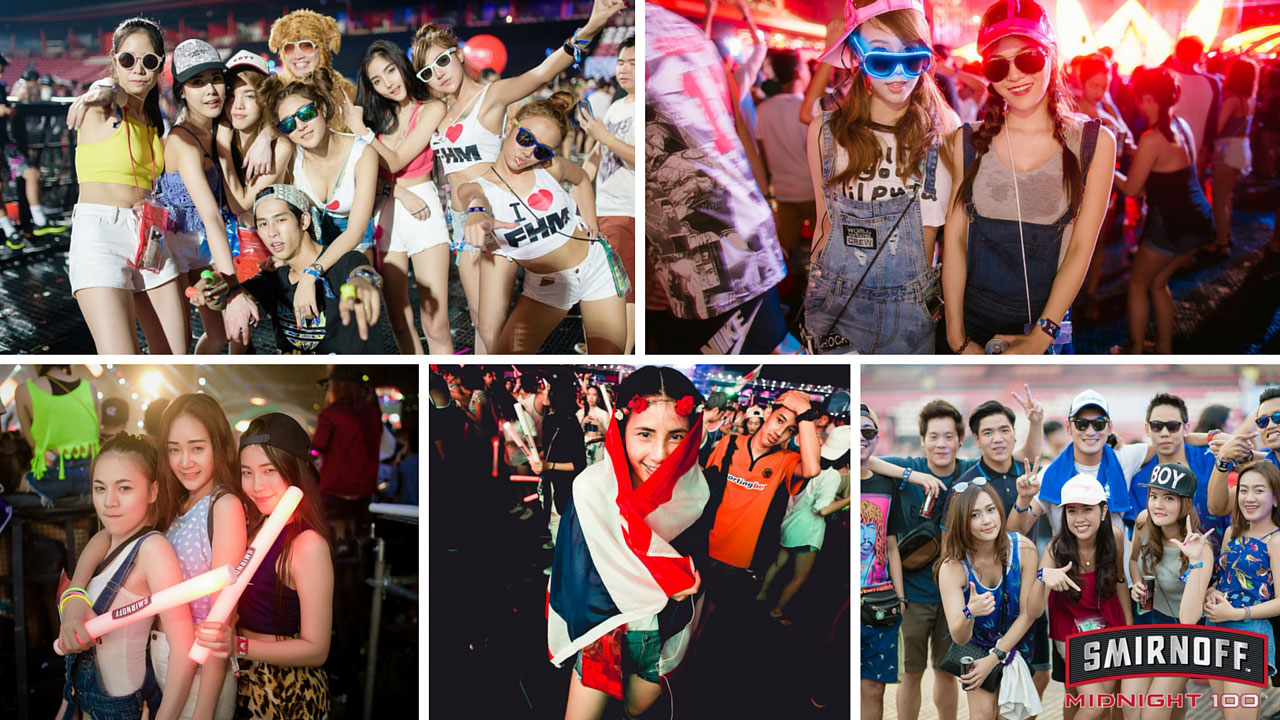 Then it came. “WHO WANTS SOME VODKAAAAAAAAAA?!” has become the go to question for Like Mike to be asking as his brother Dimitri Vegas serenaded the crowd. This time more than others, the question was very fitting as the sponsors of the event was indeed Smirnoff Midnight 100. Track after track, Dimitri Vegas & Like Mike showed their versatility as the #1 ranked DJs in the world by playing their very iconic track The Hum and somehow integrating Justin Bieber’s hit single “Sorry” into their set so seamlessly that we were not sorry to hear it. By the time the end was approaching, we knew we were not the only ones having the time of our lives. The Japanese guys waving their flags beside us were already screaming for more and the girl in 3-inch heels (yes, 3-inches!) was still dancing without giving no mind to how her calves would feel the next day. The ending however did not let us down. The fireworks that were launched on the backdrop of the closing DVLM set was the perfect way to end the night and a great way to lead into the all-important message of “see you again in 2016” which appeared on the large screens on stage. Yes, Waterzonic, we will definitely oblige.