BLEND 285 'Find Your Own Way' - Get inspired by world-class artists!

When life gives you lemons, you make lemonade – that was the lesson we were all taught since we were young. You tend to use that phrase as a pick-me-up, but as you grow older, making lemonade every time you are thrown lemons becomes the mundane choice for a life inside the box.

Is it not time to do something a little different? Maybe a time to “find your own way”? Next time you stumble upon some fresh lemons, how about making an Whisky Sour?

In the spirit of breaking the mold and stepping into new territory, BLEND 285 recently launched the “Find Your Own Way” campaign at the BLEND 285 presents 285 Light Painting Show event on 28 May 2016 at Studio Live Hall RCA – and what a grand occasion it was!

Other than the bartending show hosted by BLEND 285, the event also welcomed a myriad of Thai stars and influencers, including singer and fashion idol Gene Kasidit, Plant House owner Manassalil Manoonporn, and model Nathalie Ducheine among others. 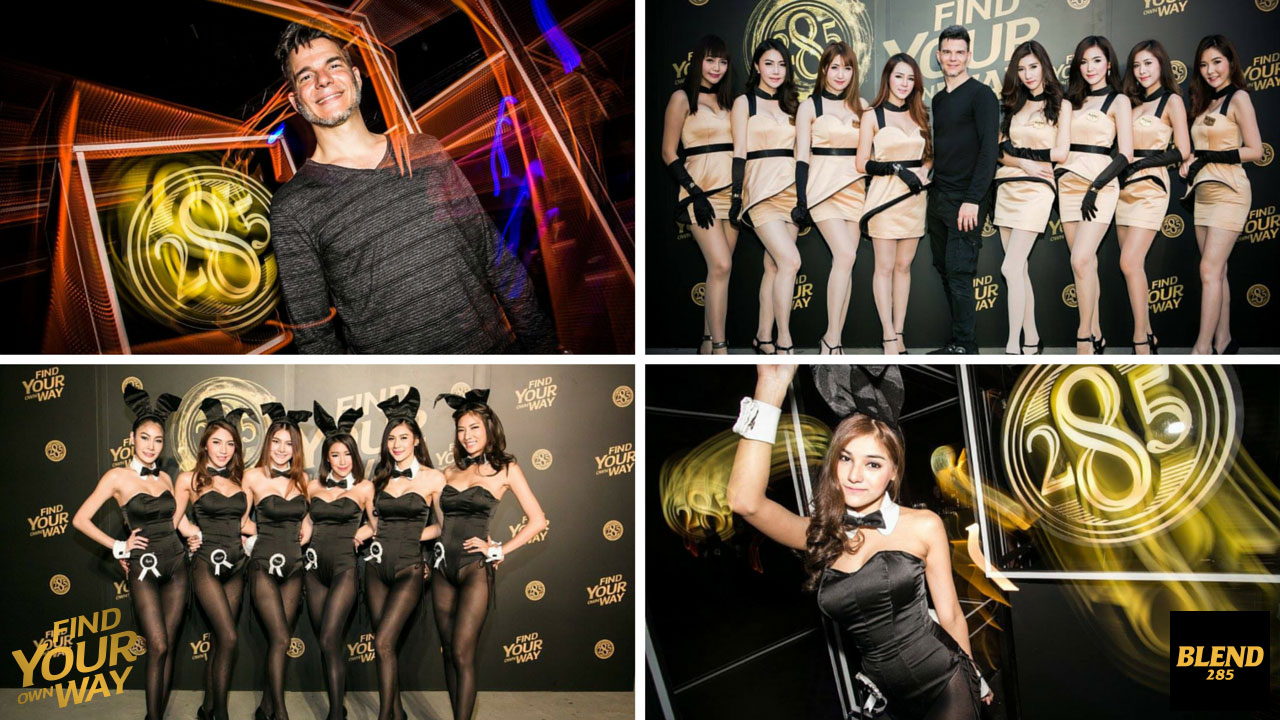 The local star appearances were made alongside Patrick Rochon, the star of the night from Canada who showcased a masterclass light painting show with music, during which he igniting the dark with an artistically constructed light display. It was a performance that was unlike any other we have ever seen.

Patrick had noted that his light painting skill was something that he discovered as he was trying to find himself and after 5 years of immersing himself into perfecting his craft he has found his passion. 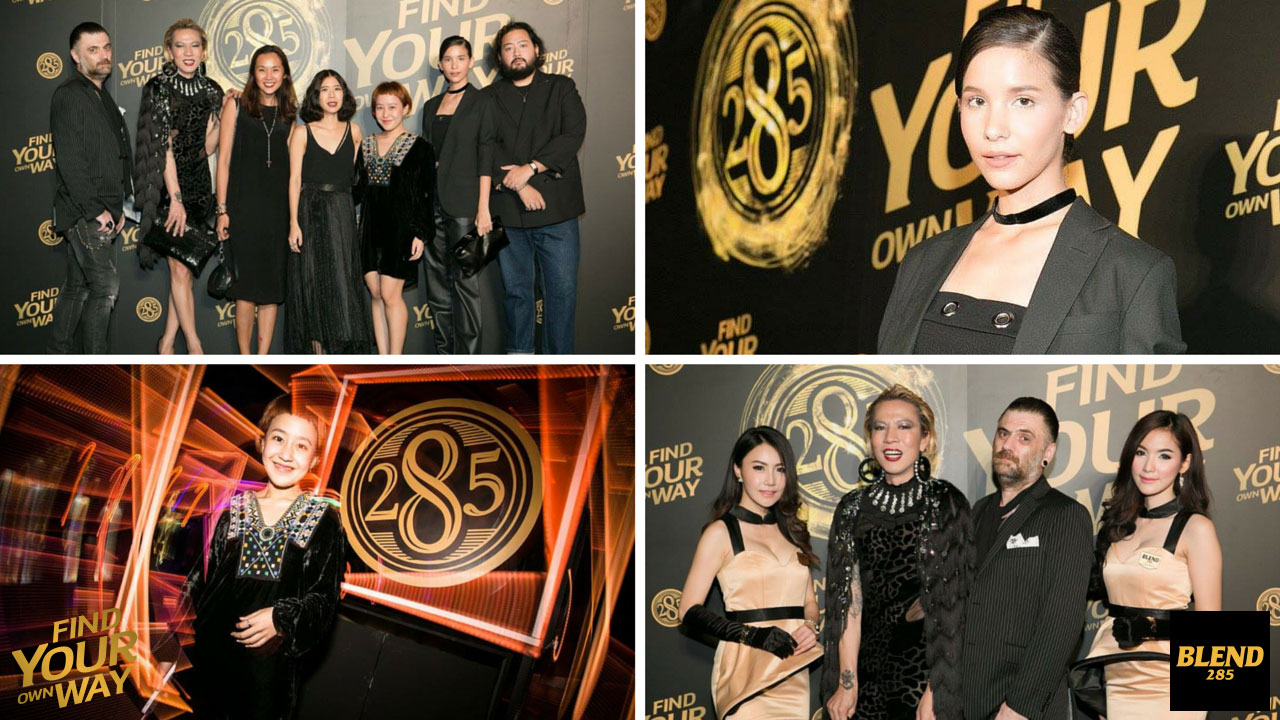 If the performance and his story had an aim to ignite the fire for those in attendance and allow them to discover their own passions within themselves, then it successfully did that as the audience was unable to turn away from the captivating images being created.

But with the night still young, and this being a BLEND 285 party, there was a lot more in store for all the attendees.

Local DJ Sunzone and MC Bizzo came out to raise the roof for the rest of the night to show how BLEND 285 likes to party together with the sexy ladies from Playboy Thailand who were also attending in full force. 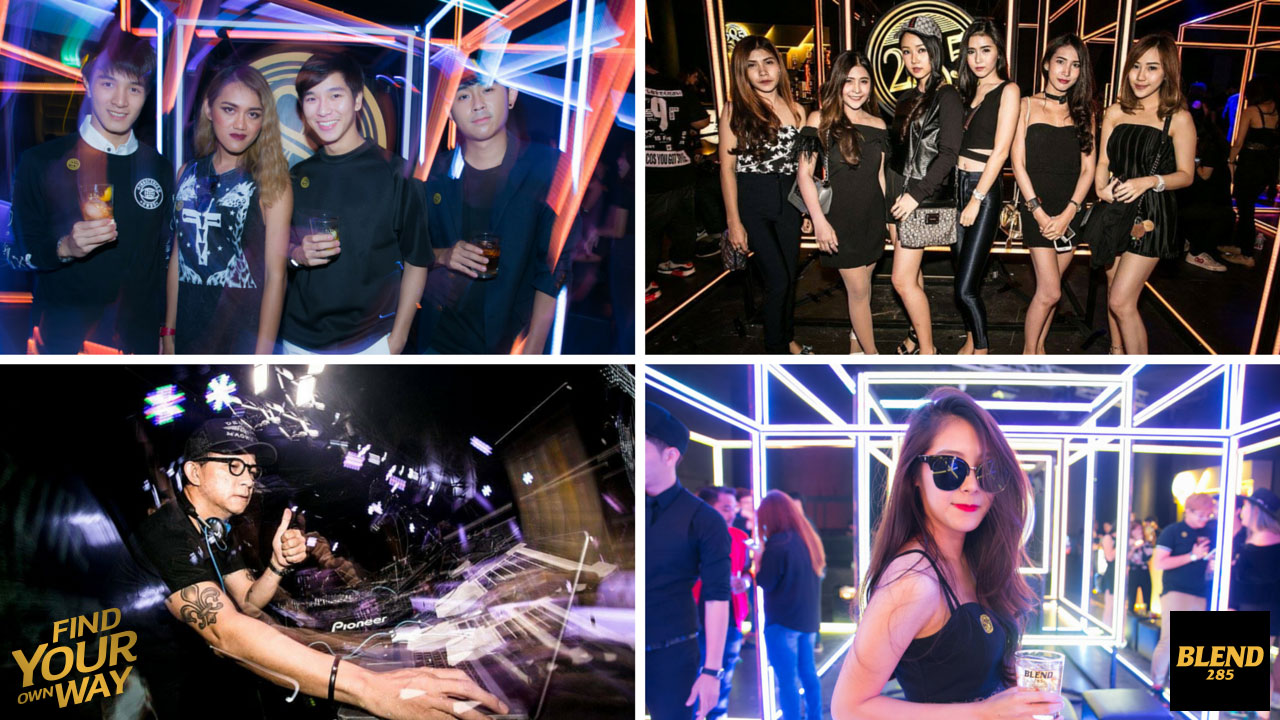 BLEND 285 has definitely made their mark with the launch of the “Find Your Own Way” campaign. They have positioned themselves as leaders and visionaries who have already propel themselves onto the international stage.

It is without a doubt that the event successfully showcased the team’s ability to throw the biggest and best parties with first class production, lighting, and sounds. It almost guarantees that any future BLEND 285 parties will definitely be one to mark down in your calendars for both yourselves and your friends. 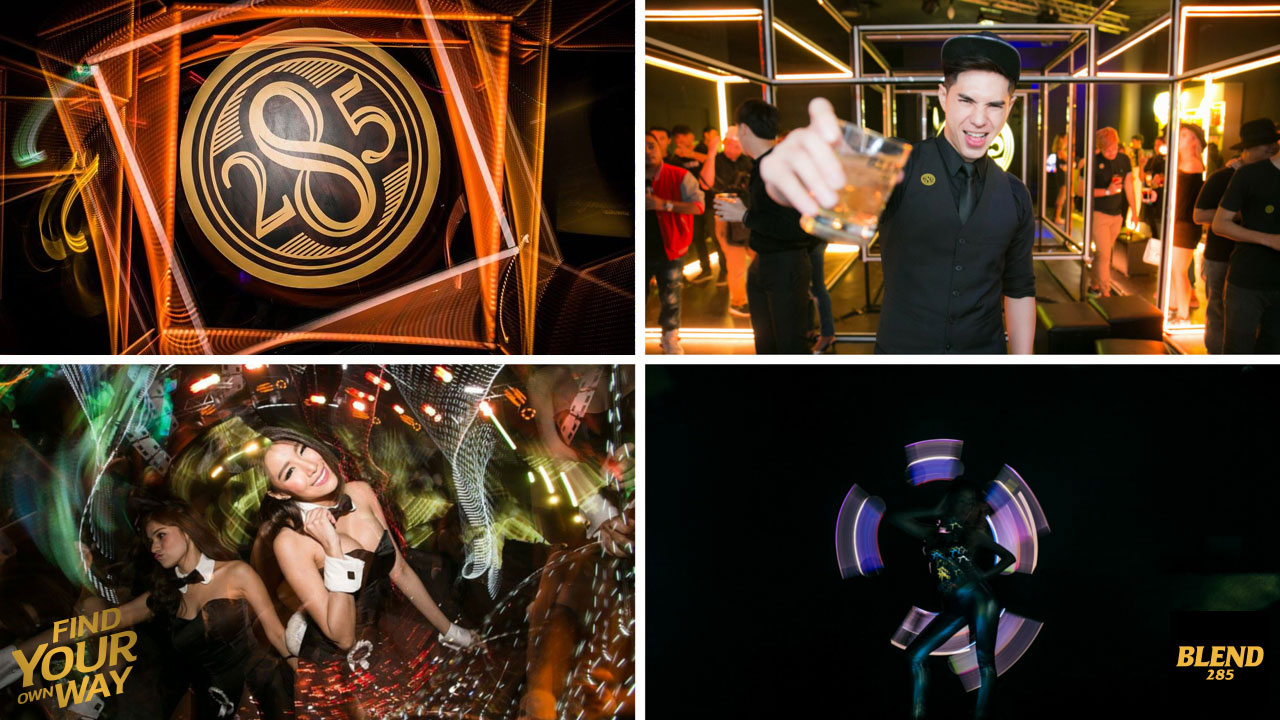 The special appearance by the stars throughout the night ensured that there was a perfect BLEND of everything from the chic to the cool. But for those who missed out however, fret not, you can still be part of this ever growing movement and continue to represent as well.

Being influenced by Patrick Rochon’s light painting, BLEND 285 has taken it to another level by allowing anyone to create a video profile of themselves for social media with the same light painting technique to spell out letters. The application can be found on their website, so go and explore what exciting things await you. 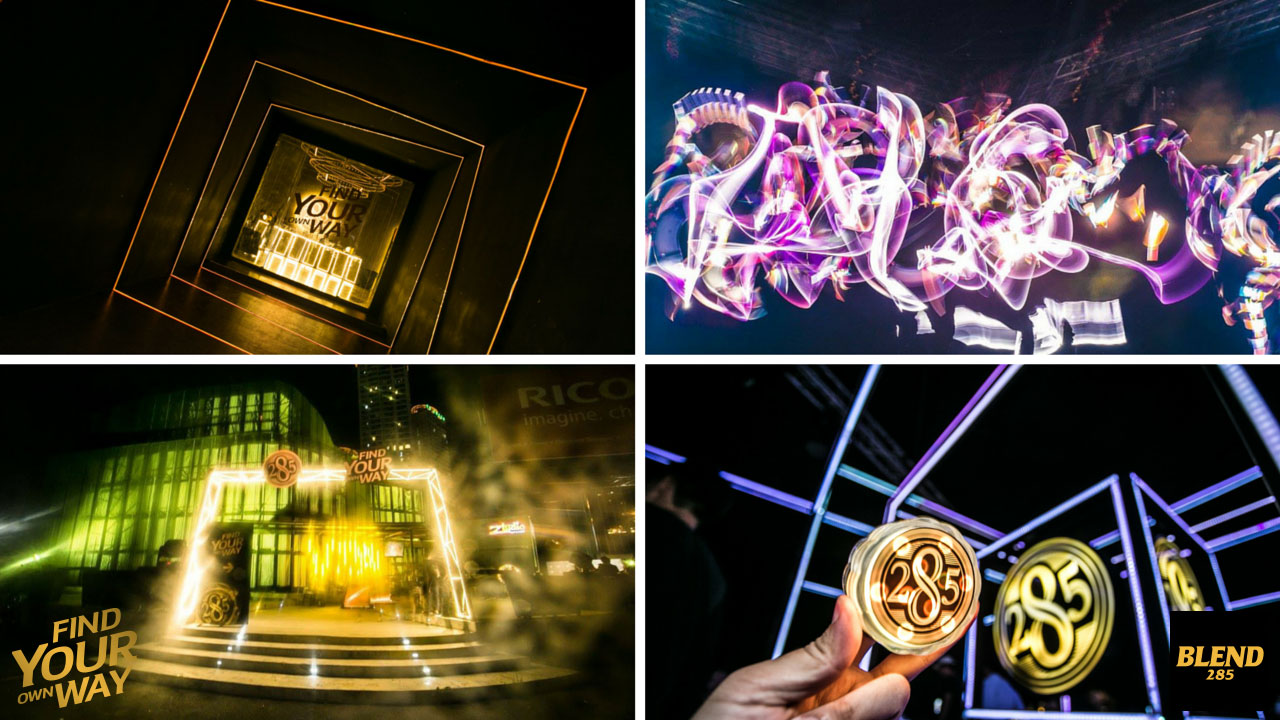 At the same time, remember the numbers 285 and look out for all the upcoming BLEND 285 events so that you can also “Find Your Own Way”. Be prepared to have more fun, create more memories, and stand out more than you have ever done. There are big plans to take the party all over Thailand, so as you await patiently in your cities, be sure to know that the BLEND effect will soon be reaching you!

Follow the movement on the BLEND 285 Facebook page and ensure that you will never miss out on any explosive events ever again!