Follow Raphael Treza over 5 days as he attempts to track down the creator of the ubiquitous drawings, cryptic phrases, and equations on the streets of Bangkok, Thailand.

If you’re one to stroll down the streets of Sukhumvit for your daily commute, namely the area of Asoke-Ekkamai-Phra Khanong or even the riverside roads of Charoen Krung and Charoen Nakorn, there is a good chance that you've come across a sort of mind map on the sidewalks, concrete walls, light posts, underpasses, and bus stops. These mysterious mind maps are often made up of multiple cryptic phrases written in both Thai and English, equations, Physics formulas, dates, and objects that no one seems to be able to decode.

You're probably already wondering about the identity of this artist that has left quite a mystery across the city of Bangkok and how could he have come up with such complex diagrams and designs. That's what Raphael Treza had set out to understand and, also, to track down the creator.

Raphael Treza is a French director and producer known for his documentaries and movies including Borneo Death Blow (2018), Cobra Gypsies (2015), and Hallucinogen Honey Hunters (2010). He had been praised for his touch on social issues and his latest work also had National Geographic interested in a remake collaboration.

While graffiti is common all the Asian cityscapes, Raphael believes that these so-called “street art” scattered all around Bangkok has a deeper meaning left to be unveiled. To investigate further, Raphael decided to catch a flight to Bangkok, Thailand and spend five days in an attempt to identify the true creator and uncover meaning behind it all in his latest documentary Mystery Mind Maps (2020). 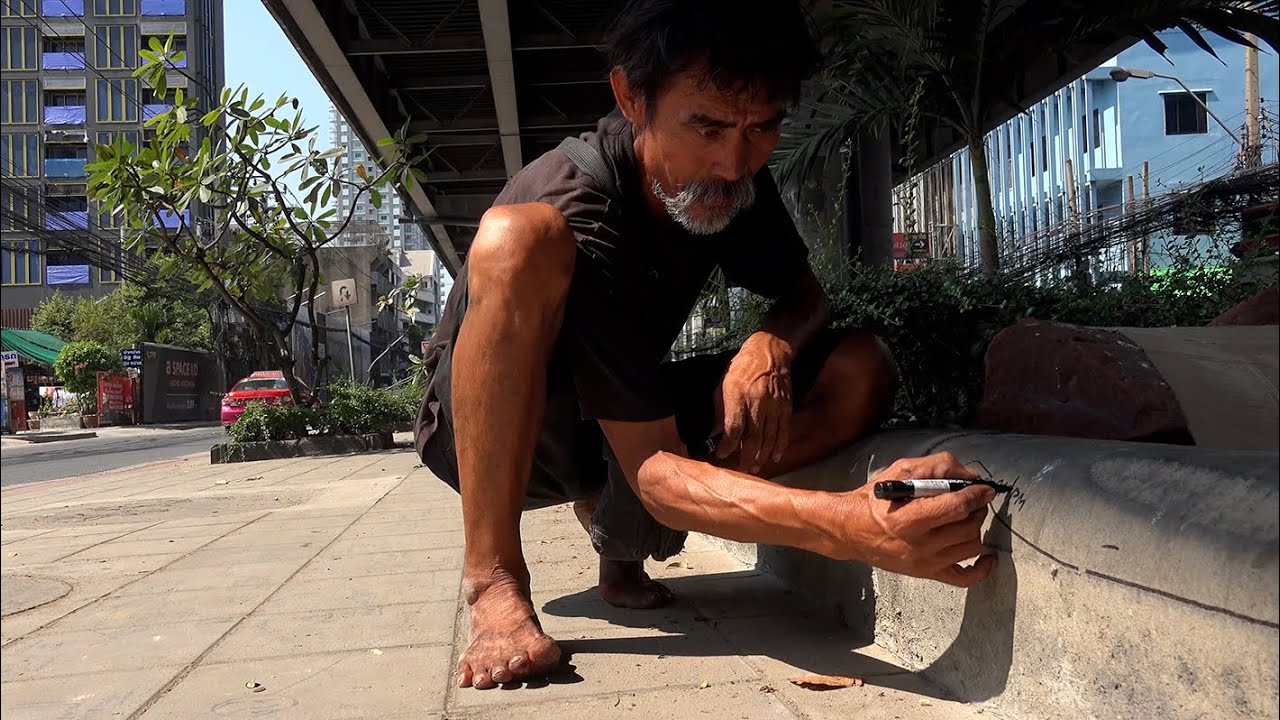 In the 26-minute film, available for free viewing on YouTube, Raphael takes us on a journey around Bangkok to locations where the mysterious mind maps and drawings have been sighted. The investigation leads him to residents in the area who claim to know the artist, finally bringing him to meet with a homeless man “Pichai”, a retired Navy officer with a tragic past who’s behind all of the drawings.

What leads Pichai to where he is today? What are the meanings behind all of the drawings? Let’s find out together on Mystery Mind Maps!