gCircuit Founders Share Beginnings of the Company, History of Meeting Each Other, and Thoughts on Gay Relationships

gCircuit was first established back in 2007 and is now Asia’s largest gay circuit party to date. Held yearly across the Thai Songkran holidays in April, gCircuit attracts thousands and thousands of gay revelers to Bangkok in what is known as the “gay migration”. Popular for their large-scale productions and extravagant themed costumes, gCircuit has indeed cemented their place as an event to look out for each year. We had the pleasure of speaking to co-founders Tom and Oui following the massive success of this year’s 12th edition of gCircuit.

Could you share with us more about yourselves and gCircuit as a whole? How did the concept of GC first come together?

Tom: A bit about us, we met 19 years ago when I was 22 and Oui was 32 years old. It was during my summer holiday while I was studying in NYU. It was my first time coming to Thailand, and on the last night, at the last possible minute, I met Oui. The next day we met for lunch, and that was our first and only date. After that, I went home to Singapore, and he flew to Singapore to see me. Then I flew back to New York, and so did he! After staying there for a month, he decided to stay with me for the rest of my time there. At the time, there were two really famous gay clubs, Roxy and Limelight. We used to go there every weekend. It was then that we got to experience the gay clubbing nightlife scene. As I am from Singapore, gay nightlife then was really taboo. We had no ambitions or plans to create gay parties, but that really set up our background knowledge of what sort of parties, music, production we like, and helped set up the foundations of what we were going to do in the future.

It isn't easy to get here. We had to make a lot of sacrifices, go through a lot of rough patches. We tried to start a restaurant, but that didn't work out. gCircuit really began when Nation shut down; they were the first gay circuit party organizers here in Asia from Singapore. We wanted to do parties that were on the same scale as what we saw in the US.

Tom: When we first began, it was only a regional thing. We wanted to do parties in venues that were great and presentable. So I was like, “Why not try doing something similar to Nation, and make it work here?”

You first started the company in 2007, and since then, your events have grown massively. Looking back, what are some of the most memorable moments you have had with gCiruit?

The first one, cause it was unexpected! People came, and people loved it. At the time, everyone would think that gCircuit was a 50 staff company, but in reality it was just Oui and I. We never expected it to grow like it did. Over the years, there were so many things going on in Thailand - with the protests, the floods. I still remember this one year - I wouldn't call it a highlight but I remember it very vividly. Zen, our venue, burned down one week before the event. So we had to find a replacement to hold all our attendees and production within a week! Every time there was a crisis, people helped us, and we are grateful. That was one of the most stressful times I would say. A friend of mine made this joke saying” Nothing stops a gay person from partying!” 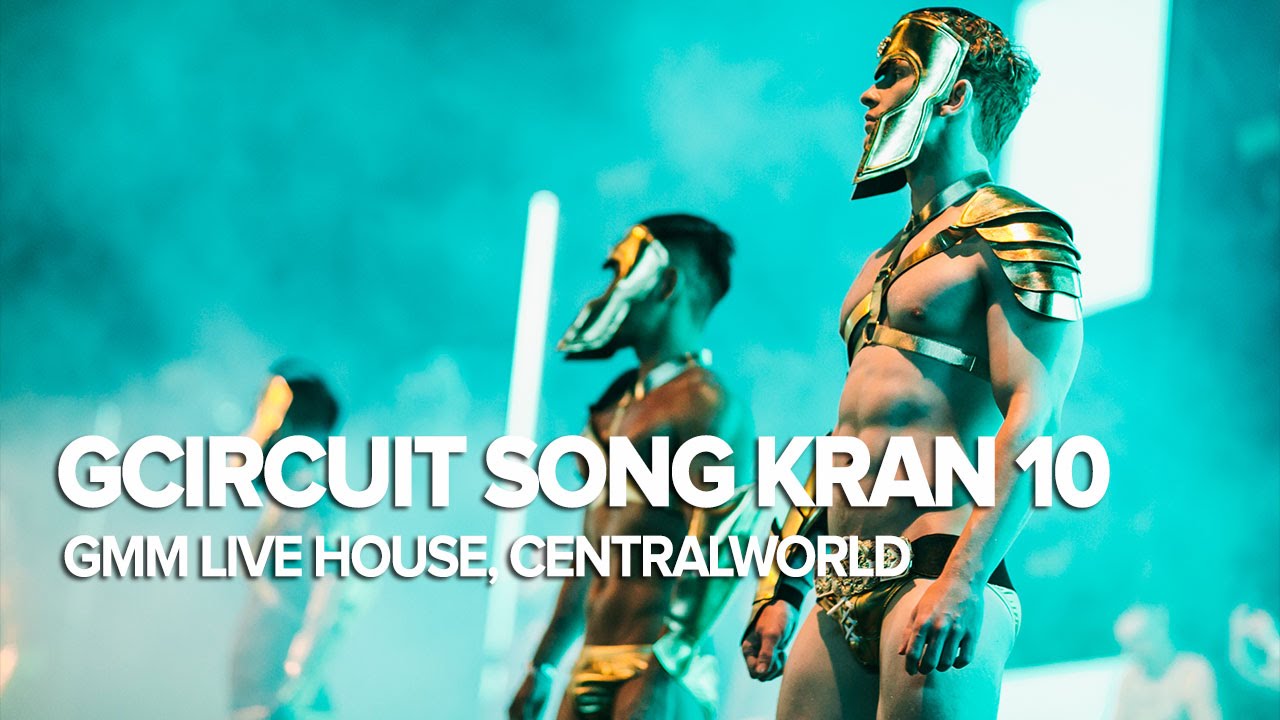 A factor that really sets your events apart is the level of intricate detail that goes into curating fashion and visual aspects. What are some of the inspirations behind the live shows during your main events? Are you both involved in the creative process in any way?

Tom: I am the creative process!

Oui: We put a lot of effort into picking out the themes of each night. We've found that the younger generations do enjoy dressing up - and by motivating them with fun and easy themes, people would be more willing to do so.

Tom: I love watching movies, so I guess my inspirations come from there. From Oscar movies to Blockbusters -

Tom: I would bring up Akira, and my team would be like.. “wait how does he know”? They always tend to be surprised when they find out I’m quite up to date with pop culture. I’m lucky in the way that it helps the creative process regarding marketing. I’ve been to a lot of established clubs and parties. I understand what makes a good party; what music, what venue. 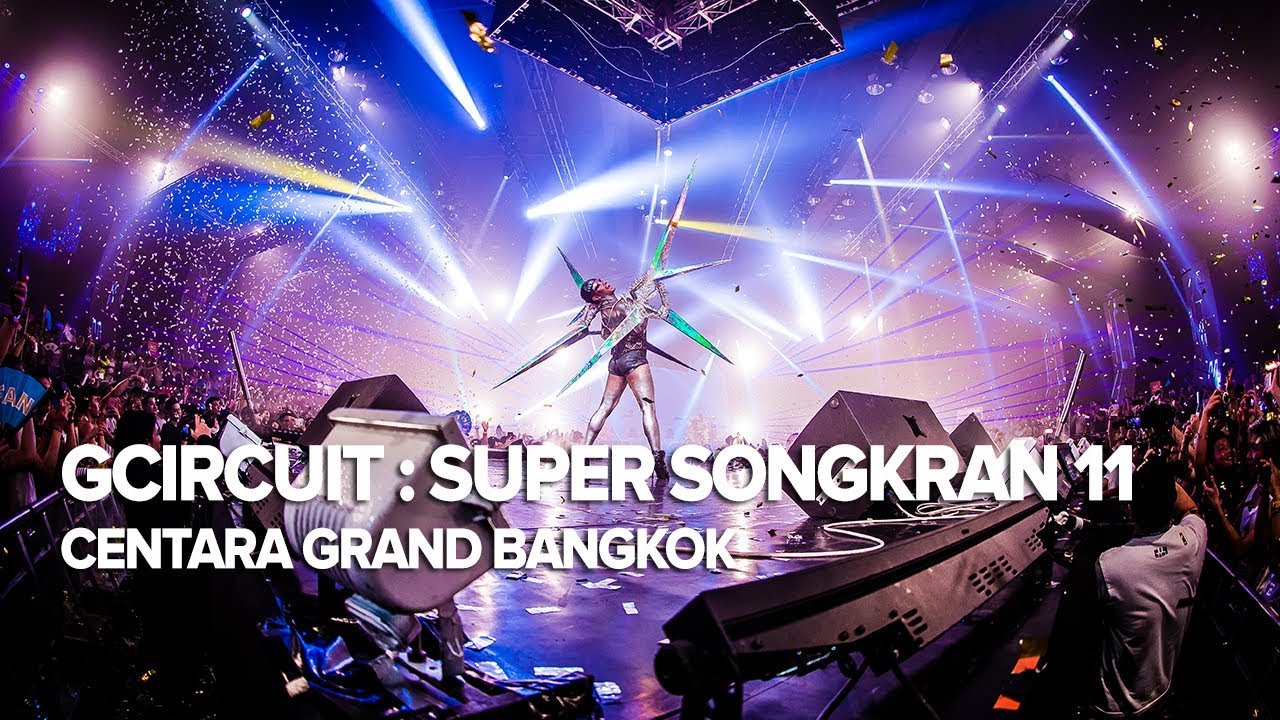 Do you have plans of expanding gCiruit into other countries in the near future?

Tom: We did get offers! We are not closed off to the idea, but I think it’s only if we find the right person and have the right amount of trust in them. We wouldn’t mind doing what other circuit parties in Europe and America are doing, by expanding. But it’s not an objective of mine at all. I would like to do my parties well first, and I also like the idea of our parties being specially during Songkran. gCircuit is not a brand we bought from somewhere else - we built it from scratch. It is one thing that I’m really proud of. Being able to build a brand and continuing it for years to come. That’s something I feel I’m really happy with.

Same-sex marriage is still currently not legal here in Thailand, and with all the connotations surrounding it, what are your thoughts on this, and is there anything you’d like to share from your personal experiences?

Tom: In the beginning, I didn't think much about it at all - “same-sex marriage”. I thought that if two people are in love and want to be together, getting married isn't that important. But in the process of building a life together, you need to buy condominiums, houses, cars - together. I think the issue for me and a lot of other people as well, is the legal recognization that he is my partner. We cannot buy a condo together - that is something that’s not possible unless we're married, and we can't get married because we are gay. And in that sense, it has become something that I don't know what I can do about. Nowadays, I’m more outspoken about it. Back then I’d say it wasn't, but today, if someone asks me about it, I would say yes. It is an issue. There are ways of going roundabout it but why should we? The problem would be so easily solved if we are married. It’s still controversial for so many people. If something happens to me, I want to be able to have the peace of knowing what I have would be [Oui’s] and that he would be taken care of. It’s not like we want to get married for the sake of being married. We want to get married because we want to protect our partners.

Could you share a little something about next year’s SK2019 for the loyal gCiruit festival-goers who have already saved the dates?

Tom: This is what I’d like to happen - I want it to be done at a different venue, to be different from what we did this year. I like to change up the concept and the venue, but I’m not very sure what I can do more with production. My production team is always saying I’m overdoing it to the point where it doesn't make sense dollar wise. I’d be like “is this enough?”, And my whole team would be like “yes!”. For SK2019, it will be different to SK12 and something we have never done before. So please stay tuned!

There you have it, from the founders themselves, next year's gCircuit will be a whole new extravaganza! If you're looking into what to do for Songkran, gCircuit indeed has it all. The people, performers, production, pyrotechnics, and parties - don't miss out on one of the hottest events of the year that's bound to be a one-of-a-kind experience! Connect with gCircuit below for all the upcoming announcements regarding next year’s edition below, and stay tuned for exclusive details!

Connect with gCircuit below for all the upcoming announcements regarding next year’s edition below!