More Than an Artist: Electro-R&B Star ‘Pyra’ Takes on the CEO role at Karma X

We’ve seen Peeralada Sukawat, or also known as ‘Pyra’, taking the spotlight multiple times as an Electronic Pop/R&B singer and producer. Other than all the quality music she’s been producing over the years, her collaborations with fellow artists, both local and international, has also made her one of the most prominent names in the industry today. Today, other than talking about the path to stardom in the music industry, we’ll get to know more about her other role as the CEO of Karma X as well.

At first, we understood that Pyra’s music career started when she was 16, but she’s actually been a shining star since she was only 9 years old.

“My first work came out when I was only 9 years old. My parents had sent me to take singing classes at the Mifa Music School, an institute owned by GMM Grammy at the time, and the teacher asked my parents to send one of my recordings in for an audition. I passed and joined Bird Thongchai McIntyre in a Mother’s Day special album where I was the backing child vocals in songs like “Kah Nam Nom” that are still being played today.”

The age of 16 was when started producing my own music where, other than singing, I’d also be playing the guitar and piano as well. After a while I felt like I wanted to be able to do more by myself, so I started going to a production school and bought some Logic equipment to play with at home.

When asked about her music style and how it had changed over the years, Pyra was confident that her affection for Jazz music hasn’t changed, but the music she produces had continued to grow.

“Honestly speaking, my liking hasn’t changed much at all. I loved listening to Jazz music since I was small and when I started producing my own music at the age of 16, I started to explore R&B. The genre still sticks with me to today, but as a more modern version of R&B. One thing that stands out to me the most is my production skill that has been growing alongside me since day one. Between my first track back then and the tracks I’ve been producing recently, I can tell there’s a considerable amount of difference in quality.”

We asked Pyra to pick out one song of hers that is the best representation of who she is for anyone who hasn’t heard about her before. She picked her latest single ‘White Lotus’ and explained to us why and how this song came about.

“I’ve been attending an international school since 1st grade, so writing a Thai song wasn’t what I did best. I, however, did it anyway because back then I thought English lyrics wouldn’t go very far. After a while, I realized that I ran into more dead ends with Thai songs, because my style was very niche and there wasn’t much of a market in Thailand. Looking through the stats, most of the people who stream my music are English-speaking individuals from South East Asian countries like Malaysia, Philippines, Taiwan, Singapore, Hong Kong, etc.

With “White Lotus”, I get to speak more of my mind than I ever did with my previous 8 songs. I used to always think about what the audience wants to hear and find a compromise between that and what I want to say, but not with this song. With all this freedom, I decided to dive into the topic of Buddhism and transform the good side of this religion into some lyrics. I’m not a religious person, but I feel like Buddhism is Thailand’s core religion and there are some things I want to say.

What most people are practicing nowadays is Buddhism that incorporates business. It’s not wrong for a religion to have some business as it is how they continue to fund their everyday operations, but we all seem to have forgotten the “core value” of what they practice every day. Nowadays you see people making merit, making donations, or even paying the monks to perform some exorcisms. I feel like what we practice involves too much money and is very far off from what Buddhism actually teaches. The religion focuses on finding peace within yourselves, but what I rarely see us Buddhism actually having any peace in their hearts at all.” 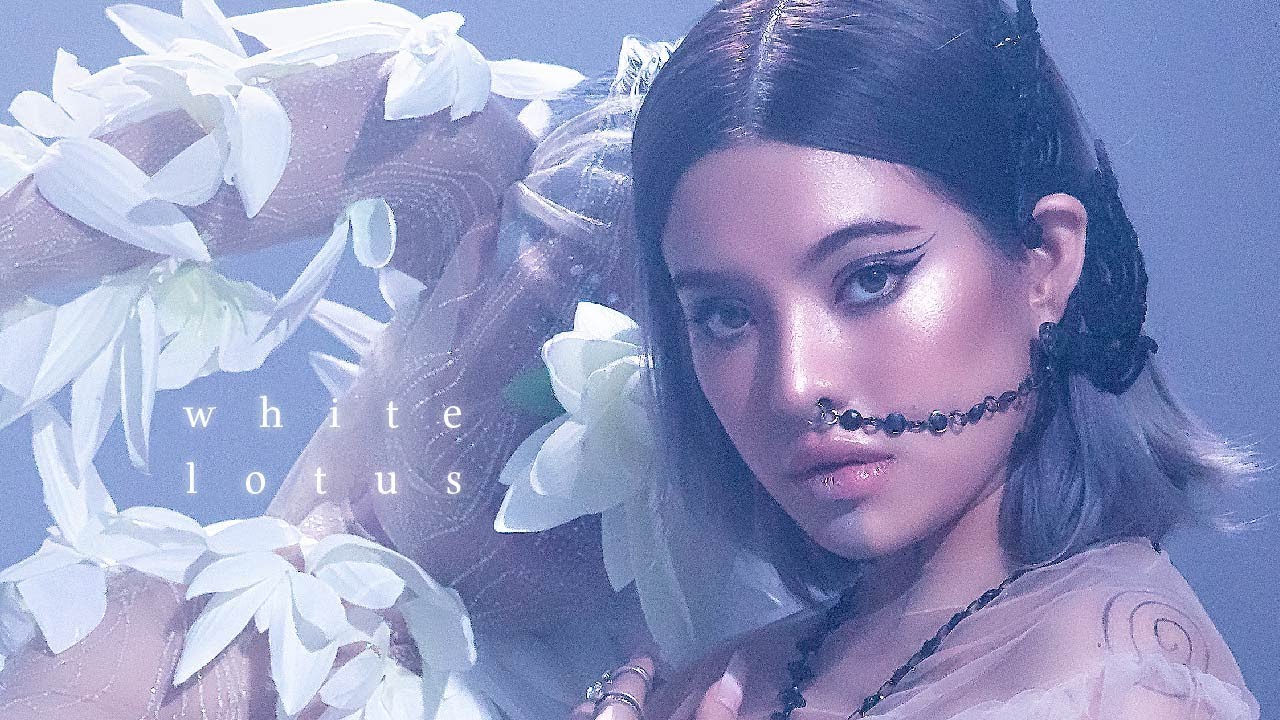 Pyra said what makes her different from other female Electronic Pop artists is how she tries to incorporate her culture into her music with the hopes of making the world a better place.

“The direction of this brand-new EP is to differentiate myself. The music is pretty niche. I call the genre “Solar Soul” and what it aims to portray is very different from what anyone might’ve ever seen before. There might be some other artists like Björk that might’ve walked down the same road, but I can assure you that no other artists represents their nation and culture like this. American artists are always picking off Asian culture and using it in their music, but why aren’t we using the culture we already have and present it for the world to see?”

So “Solar soul” means using your own Culture as part of your music?

“Yep, this is what I was talking about as number one, represent who you are and that you are proud to be Thai. Number two is always consider the music you produce as a Solar Artist. We need to always make sure that you always try to influence the world to move into the right direction. Most of the mainstream songs you hear nowadays talks about Love, Sex, Drugs, and even Capitalism. For example, riding on a Lamborghini while popping champagne, it’s just ridiculous! I want to lead a movement where artists come out and talk about topics that really matter, because I feel like artists who have the power to influence the mass should be responsible about the matter they present. At least present something that kids can follow to become a better person and not just like “yay…party everyday!” kinda thing.

We asked Pyra about her current views on Thailand’s Art Industry and the direction of the upcoming trends. She made it clear that she felt the music listening habits of Thai people hasn’t developed like it should.

“Honestly speaking, compared to other countries like South East Asia or even Asia, Thailand is a market nobody really wants to enter. I’ve recently met with the Marketing Director of Sony Music Asia in Hong Kong; he said that he never really want to work with the Thai market as it is quite difficult to approach. The listening habits if Thai people haven’t developed like other countries. But things have changed since services like Spotify and Apple Music expanded into the country. People are pushed into more creative music with streaming services; something radio stations can’t really do.”

After talking to Pyra in her role as a singer/producer, we moved on to explore her role as a businesswoman that seeks to help fellow artists earn their living from other channels that are not just about selling their music.

“I’m also CEO of a startup called Karma X, a business that helps artists find ways to earn money when their music just isn’t selling. Personally I think we should stop blaming the audience for not supporting our music and try to find other ways to survive as an artist in an ever-changing world.

One trend that’s up and coming right now is merchandise. For example, T-shirts for the Justin Bieber Purpose Tour sold out in no time, that is why I decided to transform a regular t-shirt company into an artist collaboration business. Our current model only requires artists to send in their designs, and we’ll handle all the printing, posting, selling, shipping, and what not. We welcome everyone who’s interested in making a e-commerce business, but we prioritize on artists.”

We noticed an interesting project that Pyra was doing called “Drinkartists”, so we asked her to tell us a little bit about it.

“Drinkartists is something I created under the company as a way to help out other artists. The core value of the company is “help artist monetize in other ways” that is not just in music or painting on canvases. One way to help is to connect everyone through a networking event like Drinkartists. I always see networking events for businesses, but never such event for arts. Maybe the lack of connections is the reason why artists never grow or gain any more followers than they usually have.”

In short, Drinkartists is an event where artists will have a chance to connect up with other artists as well as customers, sponsors, or even potential partners through various activities in the event.

We asked Pyra about the result of the first-ever Drinkartists on January 25, 2018, and how she felt about it. Pyra said she’s the type of person that is very strict with herself and is never easily happy with anything, but after hearing the feedback from others, she felt the result came out way better than she’s expected. That is why the second edition of Drinkartists is not too far out, and expansion to countries like Singapore, Hong Kong, and Vietnam is in the plans as well.

Other then all the various projects under the brand Karma X, Pyra’s got quite some songs in line for her fans throughout the year. After the release of “White Lotus”, Pyra will be releasing her second single along with the music video in April before debuting the full EP “Better Human” around July-August.

Before saying our goodbyes, we’ve asked Pyra to say a few thing to her fellow Thai artists. Her response remained in-line with her idea earlier about producing music that will make the world a better place for us all.

“Like I said. Personally, I feel like the people who have the power to influence others should teach some good things to their followers. For example, say something that will make people with suicidal thoughts rethink their decisions and have to power to continue living. Create something that is worthy and truly valuable to the audience.”

Have a listen to some of Pyra’s music right here: 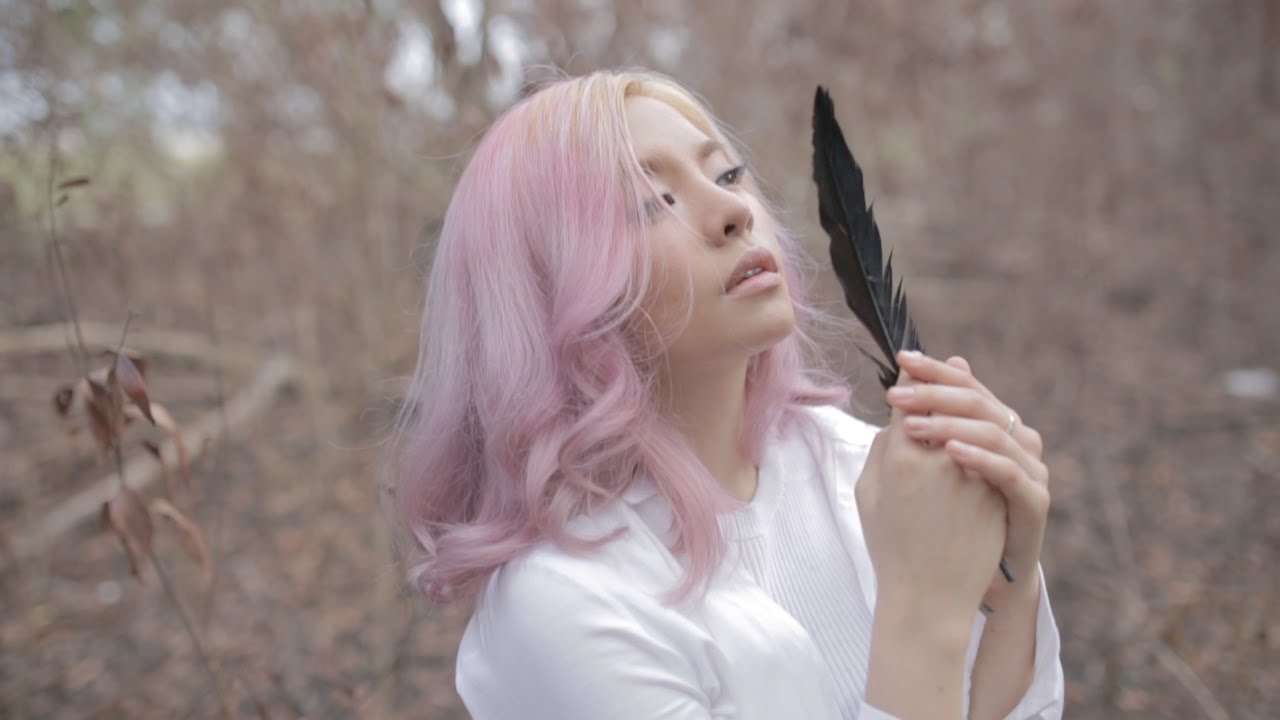