Dope as Funk is a renowed nightlife party series founded by DJ Luck-E in 2014 whose main goal was to create events without attitude, VIP or Bottle service, where he could play the music he wanted - music that wasn’t found in any of the mainstream clubs. Dope as Funk makes you feel like you’re in the middle of a party at a friends house.

Siam2nite had the opportunity to have an exclusive interview with DJ Luck-E, shortly before the upcoming Dope As Funk event on this Saturday 27th May.

Please tell us about yourself, How did you get in touch with hip hop music in the first place?

I started out as a turntablist rather than a DJ in 1998. It was only after I saw DJ Tony Touch in Belgium that I saw the possibility to mix Hip Hop with RnB in a party environment. Soon after that I started my own party concepts in Belgium, mixing different styles of music, but with main focus on Hip Hop.

What motivated you to start Dope As Funk?

When I moved to Bangkok, I quickly realized there was no party or club where I could play whatever I wanted. I also felt that there wasn’t very many places that focused only on old school/90’s hip hop. I usually just saw that it was either very commercial music or Techno.

So, it was then that I had the idea to start Dope as Funk. I wanted my party to be a place where I could play the music I like, such as, Old School hip hop, RnB mixed with some Soul classics, and Rock. Basically, I imagined it as if you were going to a friend’s house party. I wanted to give my guests the feeling that they can dress the way they like, without the attitude and with always the same formula; 3 DJ’s, an MC, and dope (as funk) snapbacks.

How did you come up with the name “Dope As Funk”? Is there a story behind it?

Not really, I initially wanted to call it “House Party” (inspired by the movie, not the genre) but right before I went into the meeting for the first edition, I realized that’s a way too generic name. So I changed it on the spot. And Dope as Funk is the first thing that popped into my head. But nevertheless very fitting to the concept.

How would you describe the sound policy of your events?

I like to give DJ’s creative freedom when it comes to sound policy. I book DJ’s because I already like their style. As a DJ I don’t like to be told what to play, so I won’t tell other DJ’s what to play. If I book you, it means I already like you as a DJ, so why try and change that. I strongly believe that from the moment you tell a DJ what to play, it messes up his/her set. I say, play whatever you want, as long as the crowd has a blast and is dancing. I don’t care if you play Spice Girls. If the crowd is digging it, it’s all good. But if they don’t… you’re that DJ that just played Spice Girls haha.

Having said that, Dope as Funk is mostly old school/90’s hip hop with some other influences.

Looking back on the past 2 successful years, what was the best and the worst event, and what were the funniest things that occurred during any of Dope As Funk events?

The best event to me is the Movember 2014 edition at WineBibber. It was the most crowded one, we got flashmobbed by a local Dance crew, and it just had the best energy. It was so busy that the crowd overflowed into the DJ booth, which is honestly the athmosphere we want. In terms of funniest things that occurred, must be the Flash Mob at that same event. It was super random and unexpected, but it worked out so well for the party. Or when one of the owners starts taking bottles and pouring them into peoples mouths when the bar can’t keep up. 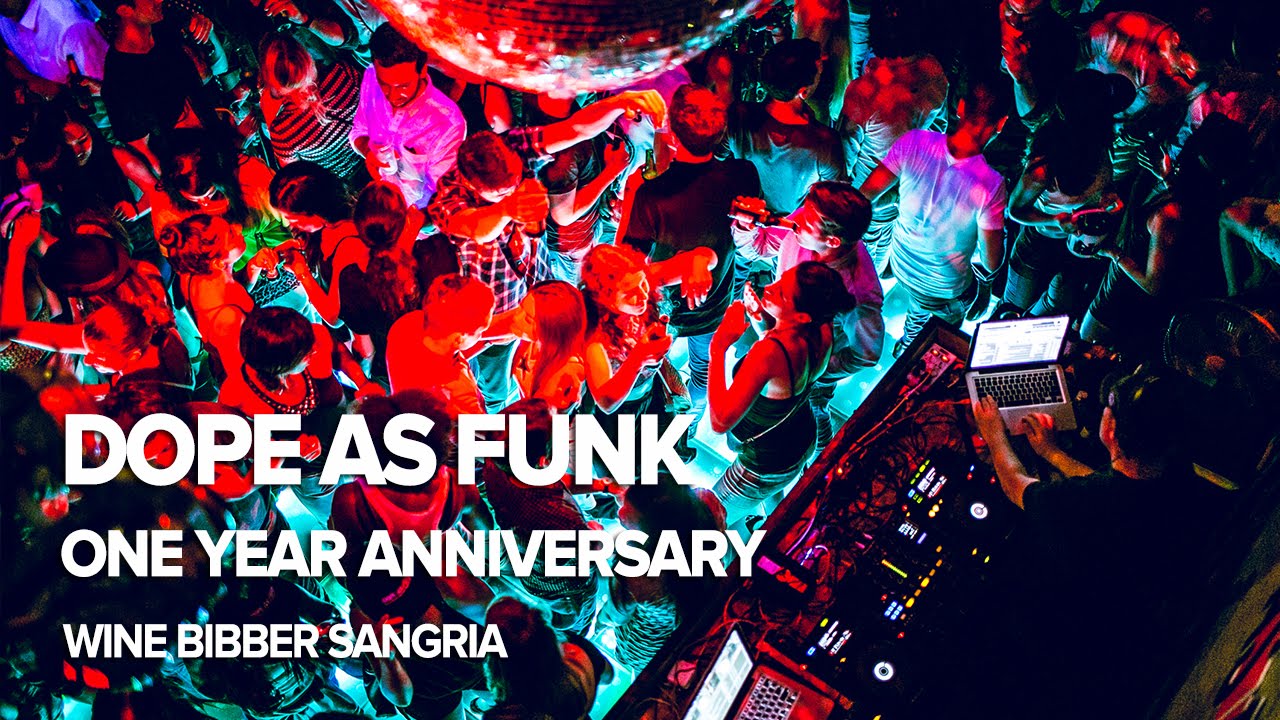 What else is on Dope As Funk’s agenda for the near future and what are you currently working and focusing on?

Dope as Funk will keep going on a monthly bases at different venues around Bangkok, and we’re also gonna try and launch overseas. We have some ideas that will become reality on 2017 that will give us a new direction. So keep watching our pages!