DJ Benz is a one of Thailand's leading DJs, with over ten years of experience. Between 2004 and 2011, he has won several local DJ championships, and he has represented Thailand at the Pioneer Asia Pacific Championship in 2010, where he placed as first runner-up. He holds several residencies in Thailand, but also performs frequently at nightclubs and festivals in the region, such as Japan, Taiwan and South Korea. A recent collaboration with the Korean DJ and producer Flash Finger was peaking on the #5 spot of the Beatport Progressive House chart and #84 spot of the Top 100 chart.

Siam2nite had the chance to sit down with DJ Benz and talk about his journey and accomplishments. Here is his story.

Can you introduce yourself to some of the people who might not know who DJ Benz is?

My name is Pakasit Phuangngoen or DJ Benz. I first got into Thailand’s DJ industry since I was 17 or 18 and started off by entering a DJ competition. So it has been about 13 years in the DJing industry.

Why did you stick with your real name Benz instead of having an alias or stage name?

I’m very proud of my name because it’s been handed to me from my parents. You can even call me a family man. Another thing is that I’ve been using this name all my life and everyone knows me as Benz. If I change my name now, it’ll be like building a new brand from the ground up. The reason I use “DJ” in front is a way to present myself that I am a DJ that can produce, not a producer turned DJ.

Can you talk a little bit about your experiences and accomplishments as a DJ?

When and how did you start to get in touch with producing your own tracks?

After the competitions in 2010, I turned my focus to producing my own tracks, but there wasn’t anything special during that time, not until in 2016 when I met DJ Flash Finger, a member of Beat Burger at S.M. Entertainment, at Route 66 Club RCA when I was DJing there one night. He was a producer and founder of a record label that was one of Asia’s top EDM labels. You can find a bunch of his tracks at #1 on Beatport. He liked what I was playing and asked if I could send him some of my tracks, and later on asked if I wanted to collaborate.

We know you’ve been a DJ for quite some time, but why is it that you’ve just recently started to expand your career internationally?

Actually I’ve always been slowly expanding internationally. But in the past, I was part of a crew, which made it hard to present myself as an individual. Now that I’m pursuing my solo project, it makes sense to now present myself as a solo artist. I’ve actually been in Korea for a number of times before as well.

I took the stage at prominent festivals like Pentaport Rock Festival, which is considered the best Rock music festival in South Korea where they had a zone for Electronic music. It was at the time when Dubstep started to gain attraction, so I mostly played Dubstep and Electro. I was also at Electronic Carnival, sharing the stage with the likes of Duck Sauce and Cazzette, Club Arena, and Brown. I recently put on a show at Club Octagon as well. As you can see, I do expand and present myself out there constantly in the Asia-Pacific region in countries like Japan, Taiwan, and South Korea, as well as festival performances here in Southeast Asia, such as at Jinro 360 Experience EDM Festival 2017 (Cambodia) and Unitel Party Night Run (Laos).

Tell me about your recent tour in Osaka (Japan).

I went to Music Circus, a very local festival, but it was really awesome. One of the best in Japan. I also had the chance to play at one of Osaka’s famous clubs, Ammona, as well.

Which festival left you most impressed?

Wow, there’s quite a lot to be honest. But I have to say the one that made me very happy must be at Club Octagon, South Korea. I felt very connected to the crowd and at the same time I felt the respect the had for me as well.

Do you think playing in a club is a lot more different than taking the stage at a festival?

Everything is different. When you’re in a club, you must make an eye connection with the audience. It requires quite a bit more skill than in a festival, because in a festival, everything has to be on point. A set must coordinate with the lightning and visual graphics, leaving little room for changes. But in a club, you can’t just follow the same set every time, because the crowd changes everyday. Especially for someone like me who plays at multiple venues, you must be able to read the crowd and change your set as soon as you enter a another venue. A large library of tracks is a must, as well as being able to navigate said library proficiently.

How would you describe your own music; what is distinct about it?

It totally depends on how I setup my tracks. For me, I like to focus on EDM. Since I listen to a lot of music, I like to mix them up here and there. The reason behind it is because I want people to remember me for my style. Whenever they hear the bootleg, they will say “Oh, this is Benz’s” and it will make things more fun for the crowd as well. 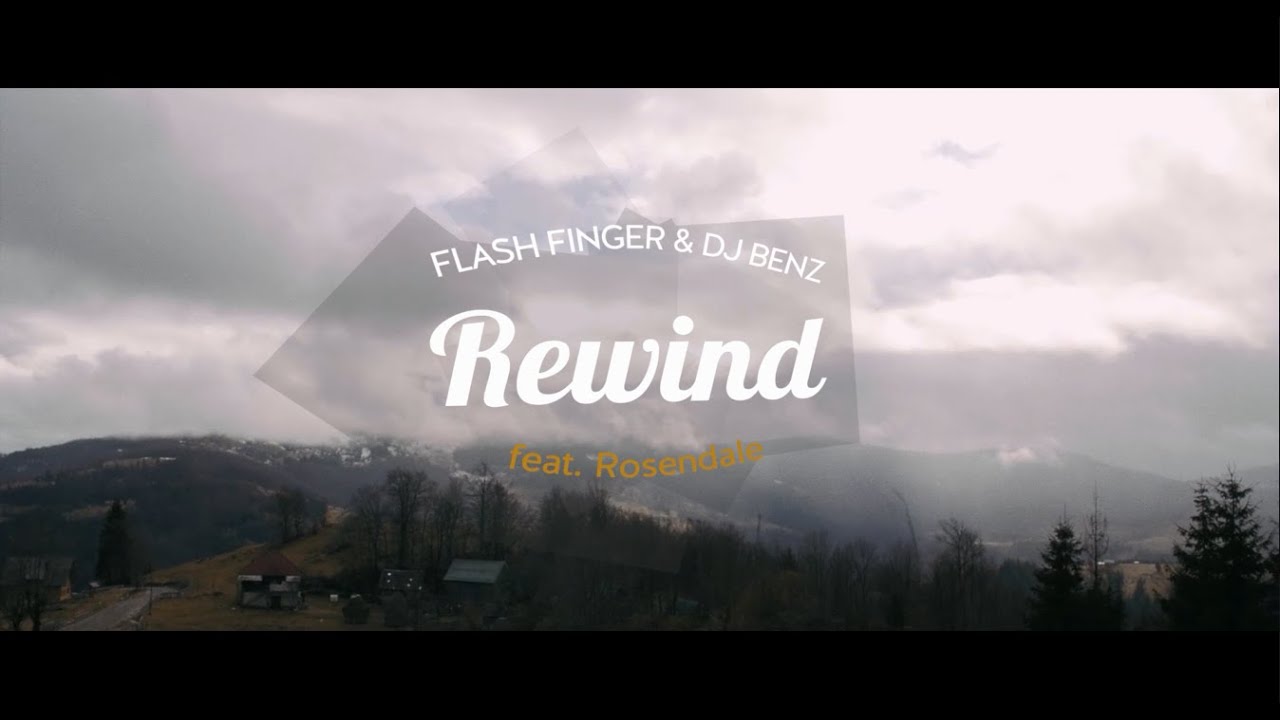 Other than the famous track “Rewind” released in 2016, what tracks, remixes or mix-sets would you recommend to someone that is not yet familiar with your music?

Most of the time I’ll make remixes of famous tracks like Mad World-Hardwell or Firestone-Kygo. You can check them out on my SoundCloud.

Does knowing a lot of international DJs change the way you think?

Most definitely. If I only stayed in Thailand, I will always think I’m in a good place. Going abroad allows me to meet new and different people. It’s like when you’re in a new place, everything works differently. You make new friends, gain connections, and start to build a network for yourself.

Which track would you consider to be your most favorite one of all time?

Hands down “Bring the Beat” by Bassjackers. I really love the transition and the breakdown of the song. Bassjackers never fails to impress me; they always have a different approach in making EDM tracks. I would love to collaborate with them.

If your fans want to see you in person, where can they find you? Any residencies?

You can find me at Route66 club, NOIZ, DNA Club, Octave Rooftop & Bar, and Mixx Discotheque Bangkok and Pattaya.

How fans about outside of Thailand?

They can find me, most of the time, in Taiwan, South Korea, and Japan. In Taiwan, you can find me playing at the internationally renowned 18 Club. If I were to “rotate” or “exchange”, I would mostly end up in South Korea where my friends have connections at Octagon, Brown, and Arena. 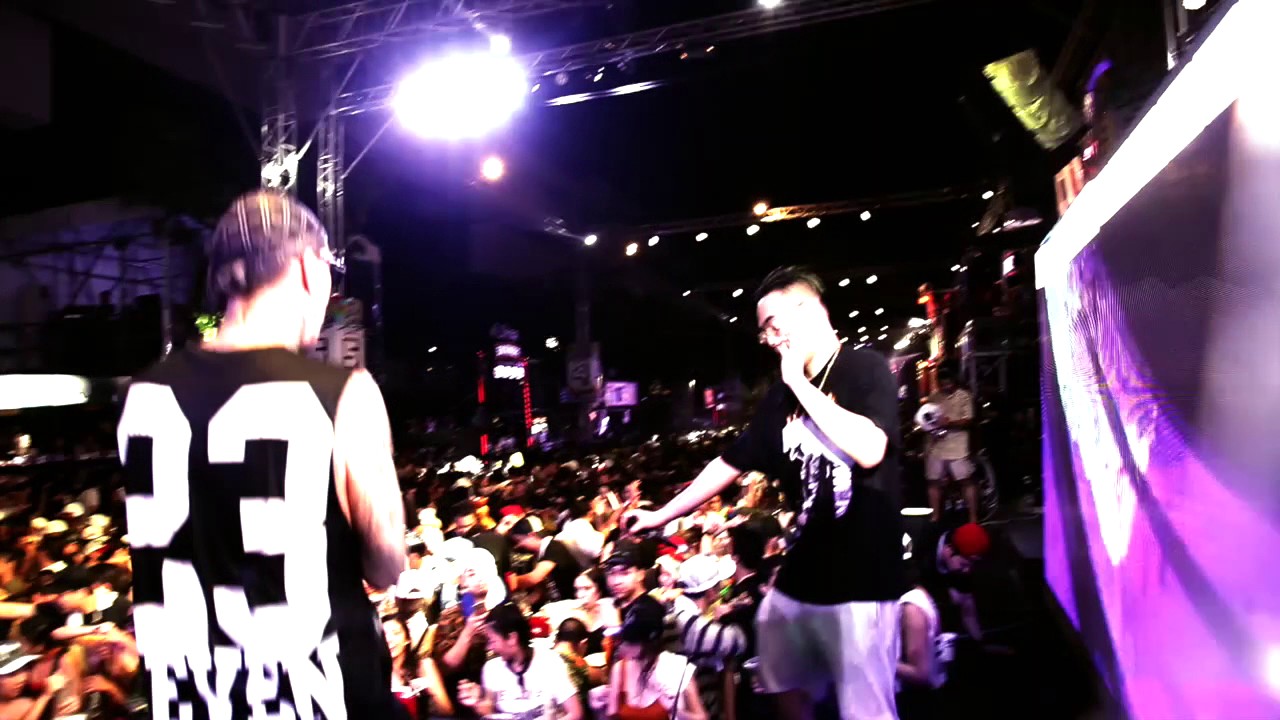 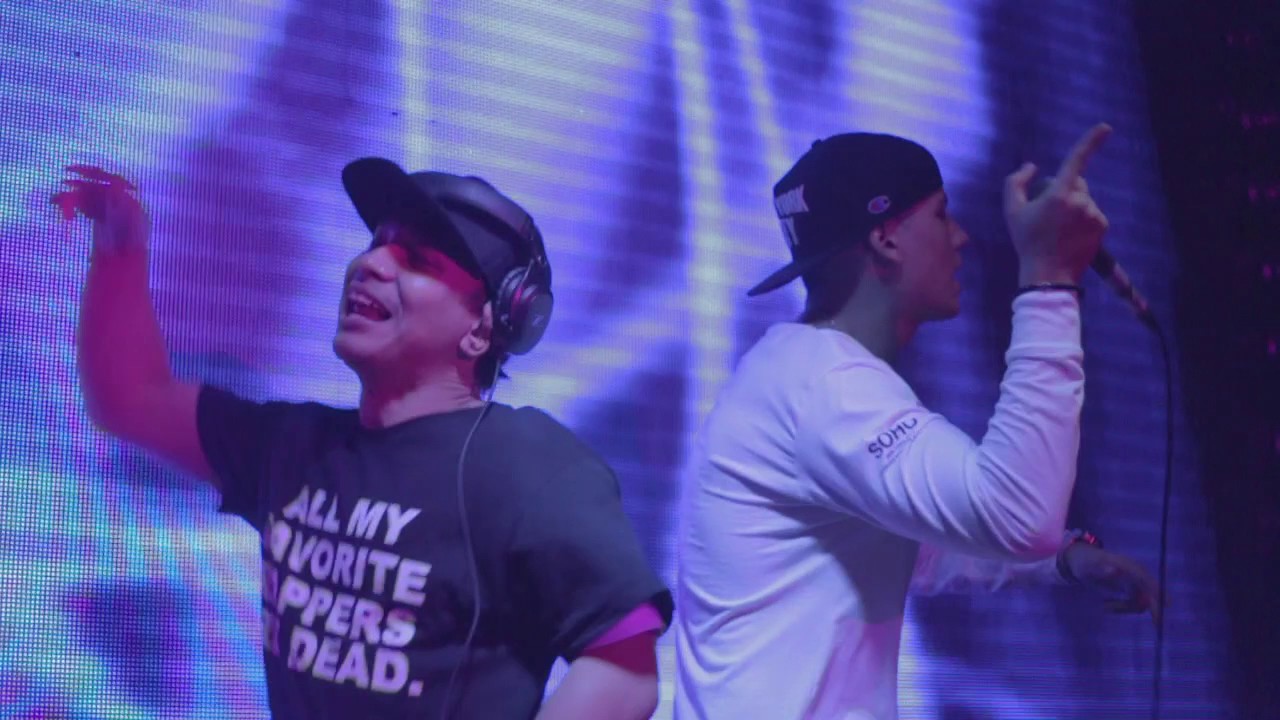 What are you currently working and focusing on?

Recently I have been focusing on “touring” abroad, mostly in Asia. And because the music industry relies heavily on social media, everyone can promote themselves, so I decided to try and do everything myself, from remixing, marketing, to even video editing. Although it’s very tiring, at the same time, I enjoyed doing it because it makes me proud of what I have accomplished.

Besides DJing, I have just recently opened a studio called "B-Side Sound Studio. The home studio, located at Ladprao Soi 101, was based on a small idea I had in which I wanted it to represent my experiences as a DJ for over 15 years and what I can do as a DJ.

If you had to pick one of your most memorable moment, what would it be?

Undoubtedly, the track “Rewind”. On the very first day it was released, it already made the Top 50, I was so shocked because I used to talk to Flash that we’d already be happy with making Top 50. Within 1 week it reached Top 20 and by Day 8 we claimed the #5 spot. It was really encouraging. Making it to Beatport’s Top 100 is like a dream come true.

Other successful releases were my new EP which is signed with G*High record is called "Bells Of Siam" and reached #6 on the Beatport Groove House chart and #8 on the Beatport Bigroom chart, the track "Feel Good" with Tong Apollo (Peak Hour Records) which peaked at the #21 on the Beatport Electro House chart and received support from Ummet Ozcan and Chuckie, as well as the track "Your Body " with Ferry from Switzerland, which became one of the top selling tracks on NHR (under of YG Entertainment, South Korea), and last but not least, i got the chance to make the opening sound intro for the recent Spacejam Music Festival 2017 and the Fullmoon Festival 2017.

Do you have any plans to expand to Europe or America anytime soon?

Definitely in the future. Right now I’m more focused on what’s at hand and really want to make the most of it. If I were to go to Europe right now, nobody would know who I am. It would be better to finish what I’ve started at where I’ve started. That way I will be more recognizable internationally.

Lastly, do you have any advice for those young DJs who are working hard on building a name for themselves?

First of all, focus on building your performance. Whether it be your set list or tracks, you must have your own so that you wouldn’t have to depend on any record labels. These days it’s very easy to promote yourself effectively through social media. This is very important because no matter where you go in the world, people will first recognize you from social media. Not your skills, but your brand presence online.

Take a can of sardines for example. You can find over 10 brands of sardines and any given supermarket, so it’s really comes down to how you will convince the people to choose you over others. How would you stand out among others? Think about that.

Also focus on building your brand Facebook, Instagram, Twitter, and Soundcloud and start making connections and good relationships with people we meet. The more connections we have to larger our network becomes, and that is what will push you forward.