German-American DJ/producer Markus Schulz first began his career in the late 1990s, making him a veteran in the trance music scene. Altogether he has released nine studio albums, including the most recent record, “The Nine Skies” as Dakota on his own label, Coldharbour Recordings. Today, he continues to spearhead his weekly radio show Global DJ Broadcast and oversees Schultz Music Group (SMG), an artist management company. Schulz has graced the stages of events worldwide and will be appearing at EDC Las Vegas, Airbeat One and Tomorrowland this year.

We had the pleasure of interviewing him before his performance at this year’s Transmission Asia. Read on to find out what he said about his vision behind “The Nine Skies”, advice to aspiring producers and excitement for upcoming Transmission showcase.

Having been in the music industry for almost 30 years now as both a DJ and producer, you were able to witness the evolvement of the dance music scene over time. What would you say are some of the significant changes you’ve seen regarding music?

The scene today is almost unrecognisable compared to that era. The advances in technology and the internet, along with the introduction of social media, have probably made the most significant impact. Before, if you wanted to produce something, you either had to buy the hardware equipment at great expense, or hire studio time, and your production would be test pressed on to around 100 vinyl, where you would give them away to the big international DJs in the hope that they would support your track.

Nowadays, anyone can learn the software, produce a track and within hours can have it sent to hundreds of DJs around the world to play in their sets, which if you sit back and actually appreciate is incredible.

With my DJ hat on, hand on heart, I do miss vinyl, because there is that special attachment to physically being able to hold something in your hand. However, with the number of edits and reconstructions I made to tailor tracks to fit in my sets, having the capabilities to do that through software makes the musical presentation of my set more satisfying. And of course, vinyl was heavy to carry around, and would often get lost in transit. But take me to an afterparty where there’s no pressure on me to perform, I’ll happily play with vinyl today until the sun comes up.

Of course, sales are no longer what they were back in the day, and it is hugely difficult for the artist to make a living solely out of money made from that alone. The mindset now is that you make your albums to update your calling card, and the main income by far is through touring.

Compared to your usual darker tunes, Dakota has a more uplifting and emotional touch to it. Could you share with us the creation of 'The Nine Skies' and some inspirations that went into the album?

It was the most soul churning project I have ever undertaken in my career.

The Nine Skies was a year in the making. When I started touring the Watch The World album, there was a lot of tragedy in the world, and everyone felt a sense of unknown and fear due to everything that was happening, politically or otherwise. When the mass shooting occurred at the Pulse Nightclub in Orlando, it shook me to my core, that something so terrible could happen in an environment that I could well have been in myself; and in a city very close to home in Miami.

At that point, I pretty much went dark on a personal level on social
media and left my team to get the word out about upcoming gigs and
releases - because to me, I couldn't feel comfortable with embracing this party and good vibes atmosphere when the world around us was suffering every day.

I did a lot of reading and studying in my downtime, taking on board a lot of Reiki influences. The story of a person finding themselves as a lost soul, but see the right pieces to set themselves on the journey towards enlightenment is something that mainly applies to my own life, and something I hope that can inspire others as well.

With a whopping incredible 18 tracks on “The Nine Skies’, which one is your favorite and why?

It’s difficult to single out just one above the others, because each one plays an important role towards the overall story that The Nine Skies is trying to tell.

"Mota-Mota" was a big one to introduce people to The Nine Skies a year ago. And initially, my idea for this Dakota album was for it to be heavily techno influenced. But when I learned and understood more about the path towards enlightenment, it meant that it had to start out dark and militant, like Mota-Mota, and end up more uplifting like "The Ninth Sky".

"Running Up That Hill", I think people will regard as one of those legacy tracks in my career. And regarding which tracks from the album are doing the business in my regular Markus Schulz sets, I would say "Edonismo" and "Future Shock" have been big successes.

Listen to “Running Up That Hill” below!

What was your initial vision that went into the production of The Nine Skies as a live show? Were there any key things that went into bringing the vision to life?

Well, this is the interesting aspect because it was the first time I had worked on designing a live audiovisual concept. The usual method was to work on an album and then tour it, but in this case, it was designing The Nine Skies live show, and then making an album based out of that; almost like a soundtrack.

The first thing was developing an understanding what the steps involved to enlightenment are. I worked off a mood board, gathering images which reflected each step and then began creating the music from that.

What advice would you share with aspiring producers who are currently in the midst of discovering their own sounds? Would you say it’s easier for an artist to get discovered in today’s age to how it was back in the early 2000s?

No, in fact, I think it is much more difficult. As mentioned, the ease of which people can access production software has made competition much fiercer.

The most important rules are to follow your heart and try to make
something that sounds unique and identifiable. If you examine the entire electronic dance music bubble, it’s a copycat scene. One person produces something in a style that’s amazing and groundbreaking, and if it’s successful, then you have a hundred copies of the same thing within a week. Also as important - if you are making music that you truly don’t believe in, then you will burn out in this scene very quickly.

So for anyone starting out, identify who or what inspires you, and study their music. Study their DJ sets and how they're built, and do the same with their productions. And the best way to make your own sound unique is to take certain influences from multiple DJs and producers and create a hybrid of them that you can call your own.

Are you able to share any updates regarding your upcoming all vocal
trance EP?

Regular followers of my Global DJ Broadcast radio show will know that last year was the introduction of the Four Seasons series - taking the existing special themed concepts of the Sunrise Set, Afterdark and Classics Showcase - and adding a new concept for the spring season titled In Bloom - which is an all-vocal trance set.

The first edition of In Bloom aired last year and was such a big success, so it will be airing on Global DJ Broadcast again on Thursday, April 19th this year.

But this year is going to be even more special because as you said, there is going to be an all-vocal trance EP with new songs that will form the backbone of the set. I can’t give away any more than that for the moment, but all I will say is make sure to be tuned in to the Global DJ Broadcast In Bloom show on April 19th.

You’ve had incredible performances as a resident of Transmission
festivals across the globe as both Markus Schulz and Dakota - based on your personal experience, what are some of the factors that set Transmission events apart from the rest?

I am really proud of everyone in the United Events team who have worked incredibly hard towards making it the biggest event for trance in Europe, and now expanding towards Australia and Asia, with the second staging in Bangkok this year. I have been fortunate to have played in almost every edition.

The most special aspect of Transmission is unlike all of the other festivals around the world; it is one stage only - everyone in that arena is coming to see you, and the party is united together, rather than scattered among multiple other stages. The visuals and laser show is unrivalled anywhere in the world, and despite it happening in a big arena environment, I feel a sense of community between the DJs, the promoters and the fans, because many of us have been part of it since the beginning.

When meeting people from all over the world, whether it is the US or elsewhere, many ask me about Transmission, and I continually tell them to plan a trip and experience it at least once in their lifetime. It embodies the soul of Prague and the residents there; always very welcoming.

Have a look at the teaser to Markus’ Dakota “The Spirit of the Warrior” live show below! 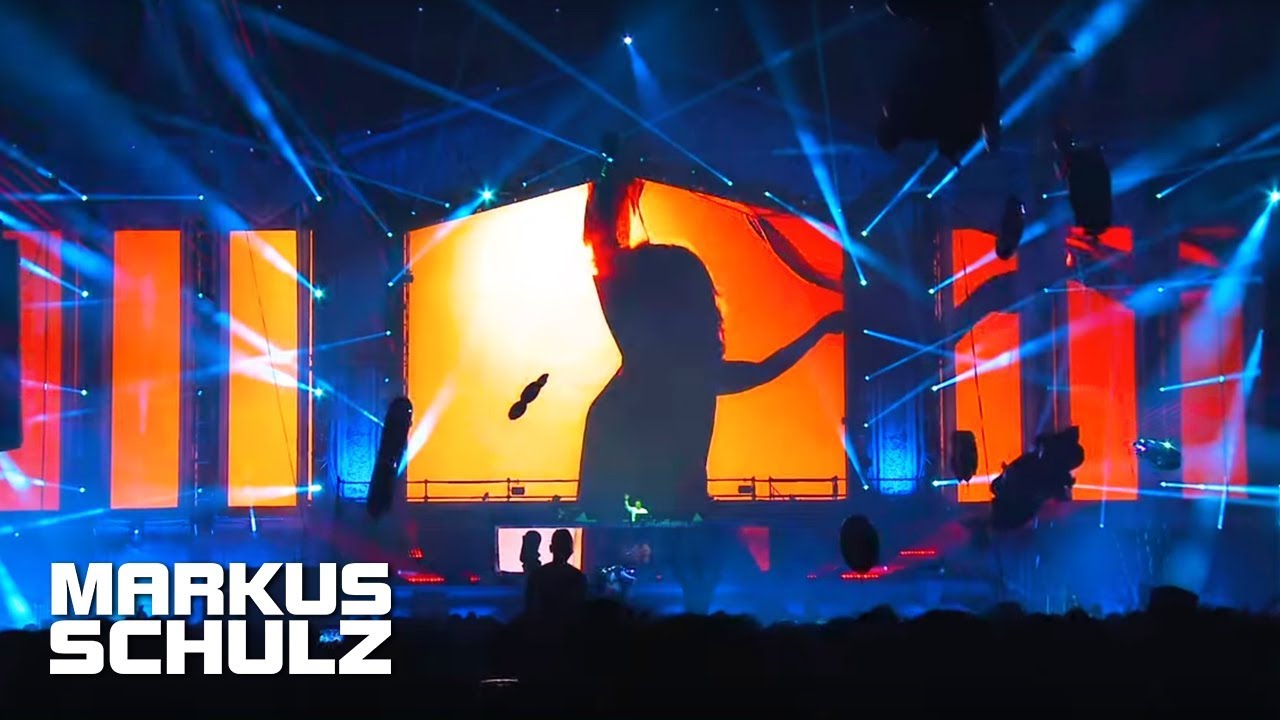 With your performance at Transmission Asia in Bangkok coming up, what are you most looking forward to?

I’m really looking forward to heading back there for Transmission again. I think it’s really important for the scene in Asia, particularly in Thailand, that Transmission becomes an annual tradition. And if I can contribute towards that, then it’s another accolade to add towards my overall career legacy. So trance family from all over Asia, bring your passion to Bangkok on March 17th.

Connect with Markus on his socials below!